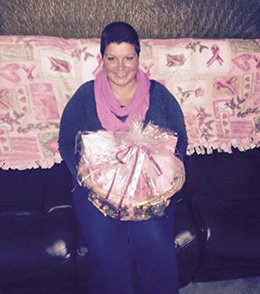 On January 27, 2014 at the age of 39 I found a lump in my right breast. I had been getting my annual routine mammograms due to my mom having a brush with breast cancer. I knew I needed to find out exactly what it was so I called my OBGYN to get a referral. On February 6, I met with her and she gave me to go ahead to be scheduled for a diagnostic mammogram and ultrasound. February 18, 2014 I went to have the ultrasound and diagnostic mammogram done and after what seemed a lifetime the radiologist brought my husband in and told us it was definitely cancer and that it needed to be removed immediately. Shocked at the news I still waited for a biopsy to confirm. I had the biopsy with an oncologist breast surgeon on February 27, 2014. The wait seemed endless for her to call me with the results. On March 3, 2014 TNBC awareness day, and my grandmothers birthday may she rest in paradise, I was diagnosed with Triple Negative Breast Cancer IIB ( TNBC refers to any breast cancer that does not express the genes for estrogen (ER), progesterone receptor (PR) or HER2 This makes it more difficult to treat since most chemotherapies target one of the three receptors, so triple-negative cancers often require combinatorial therapies (see below).

Triple negative is sometimes used as a surrogate term for basal-like; however, more detailed classification may provide better guidance for treatment and better estimates for prognosis.)

Taking it all in I was NUMB to the mere thought of what was ahead of me but I knew I needed to be strong. My husband started what seems like a movement at that moment with what seemed like simple hashtag #ALICESTRONG. I had so much support from not only my family but my friends, co-workers, strangers who only knew of me through a “GiveForward” page my twin sister had started. I knew that it was going to be a long, tough journey but GOD chose me to stand up and not give up. I got past the initial shock and the next thing was getting my med port put in. A port is similar to a tunneled catheter but is left entirely under the skin for the administration of chemotherapies. I received my port on March 24, 2014 and I started what would be 20 weeks of 3 types of different dose dense chemotherapy. My first two chemotherapies were Adriamycin also known as the “RED DEVIL” and Cytoxan. I started chemotherapy on April 1, 2014 what a great way to celebrate April fool’s. After my first round I developed a hematoma over my port site and had to get it drained. The next 2 visits I had to have the chemo in my veins cause the port stopped working which in turn I had to get a port study done and after 31 needle pokes with no numbing medicines it was determined I had a fibrin sheath on the opening of the ports catheter. So then began the weekly doses of Taxol in my veins which in turn tore my veins up. I finished chemo on August 19, 2014 and thought my plans were in place for a double mastectomy with expanders scheduled for September 29, 2014 but God had other plans. He didn’t wasn’t me getting too comfortable. On September 20, 2014 I was admitted to the hospital due to a DVT (blood clot) that was on the damn ports catheter and was flipping my veins and pretty much cutting off my blood flow to my heart. My surgeon was notified first this Monday morning and I was scheduled for emergency surgery on September 23, 2014. I didn’t get anything I had mentally planned for the last 7 months, I only got the port removed thank you Jesus and I only had the breast mass taken out with no cutting due to the clot. So here I am now 7 months post-surgery and now almost 41 with only one breast and I wear breast prosthesis. I am still up in the air about when the next surgery is or even if I will have another one. But I can say this through POSITIVE thoughts, my awesome support from EVERYONE and the simple hashtag #ALICESTRONG I am still here and I am alive. I am striving to make positive changes for other women going through their journey. I try to be there for anyone I see that is having a hard time whether it be breast cancer or just a hard day. Remember God does work in mysterious ways. 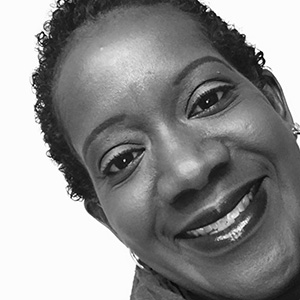 My Testimony, My Journey, My Story
By Christie R. Dawson

In January 2014, I received the most devastating and terrifying news. I was diagnosed with breast cancer. It was then My Life began to flash before my eyes. As a single mother of two, ages 5 & 6, the thought of them growing up without me physically present in their lives was the driving force to surmount extensive treatments so that I can be here for them in the many decades to come. My full year of Cancer treatments consisted of four months of chemotherapy, two surgeries and recovery, and nearly two months of radiation. This experience was a major transformation for me, from being Healthy & Strong to Being Frail & Fearful. With the loss of hair, skin/nail discoloration, aches & pains, weight gain/loss, multiple prescription drugs, and the loss of independence, it was then I lost Hope. I hid my pains & sufferings from my small children and portrayed the SuperMom they knew. My children learned to be more independent doing daily chores around the house. God knew I would need them in my Life to help me get through this Season. He kept Me through every stage, trial and tribulation. It was through this Season God reminded me:

“Never will I leave you; never will I forsake you.” – Hebrews 13:5 NIV; And
“Trust in the Lord with all your heart and lean not on your own understanding.” – Proverbs 3:5 NIV

A strong Faith, a positive Attitude and a great support system are the most essential ingredients to living a God-Fearing Life filled with abundance.

Now on the Journey to Healing & Restoration, I continue to enjoy the Life God uniquely designed for Me. My prayer & declaration for my family and I is to receive God’s Gift of being Debt-Free and to continue to build a Legacy for my children and the many generations to come. My vision is to help and educate my family, my friends and the community on breast cancer awareness and create a unique resource for new breast cancer survivors and their families.

“And we know that in all things God works for the good of those who love him, who have been called according to his purpose.” – Romans 8:28 NIV